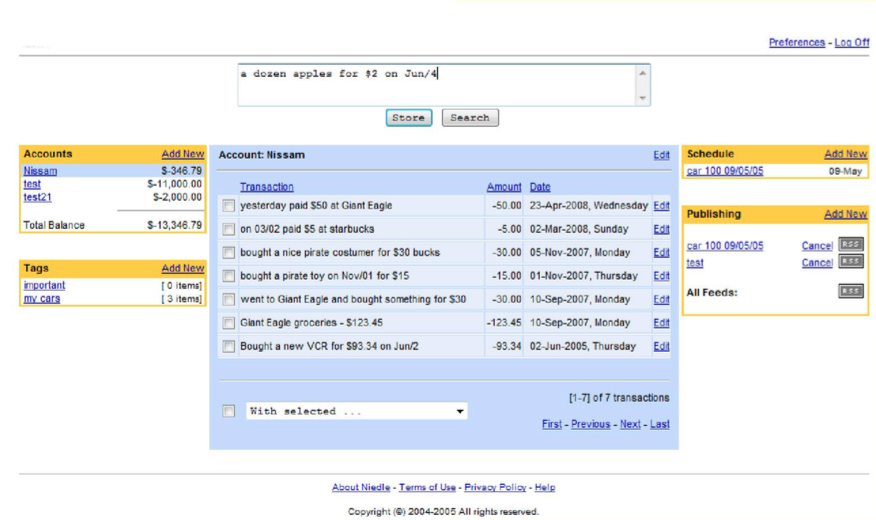 Between 2003 and 2005, I worked on a project code named Niedle. At that time, I developed a framework based on a few algorithms related to Artificial Intelligence (Artificial Neural Networks, Fuzzy Logic, Genetic Algorithms) and Data Mining (Bayesian and Vector Algorithms) in order to improve the quality of personalized RSS data feeds for web-based applications. The libraries were written in Python, PHP and MySQL. To take the project to the next level, I started a company called Niedle Inc., attracted some early supporters and advisers, but unfortunately the project didn't live long because I wasn't able to raise any funds.